The BSA A7 A10 WIKI has been active for a few years now so I thought it might be fun to make a page where subscribers could add pictures and details of the bikes they've built with help from the manual.

If you want to add a contribution, follow the simple instructions on this page. or just Add an entry

Alternatively email me your your contribution and I'll be happy to add it for you.

This bike was built by a mate of mine who kindly gifted it to me when he emigrated to Australia. It's a real "bitsa", an A10 engine in a B31 frame with the forks, hub and disc brake of a Japanese 500. The engine is a runner but seems to have some oil circulation problems. There is a "suicide tap" in the oil feed and I decided not to run it again until I'd had time for a full rebuild. (Still waiting for that to happen) 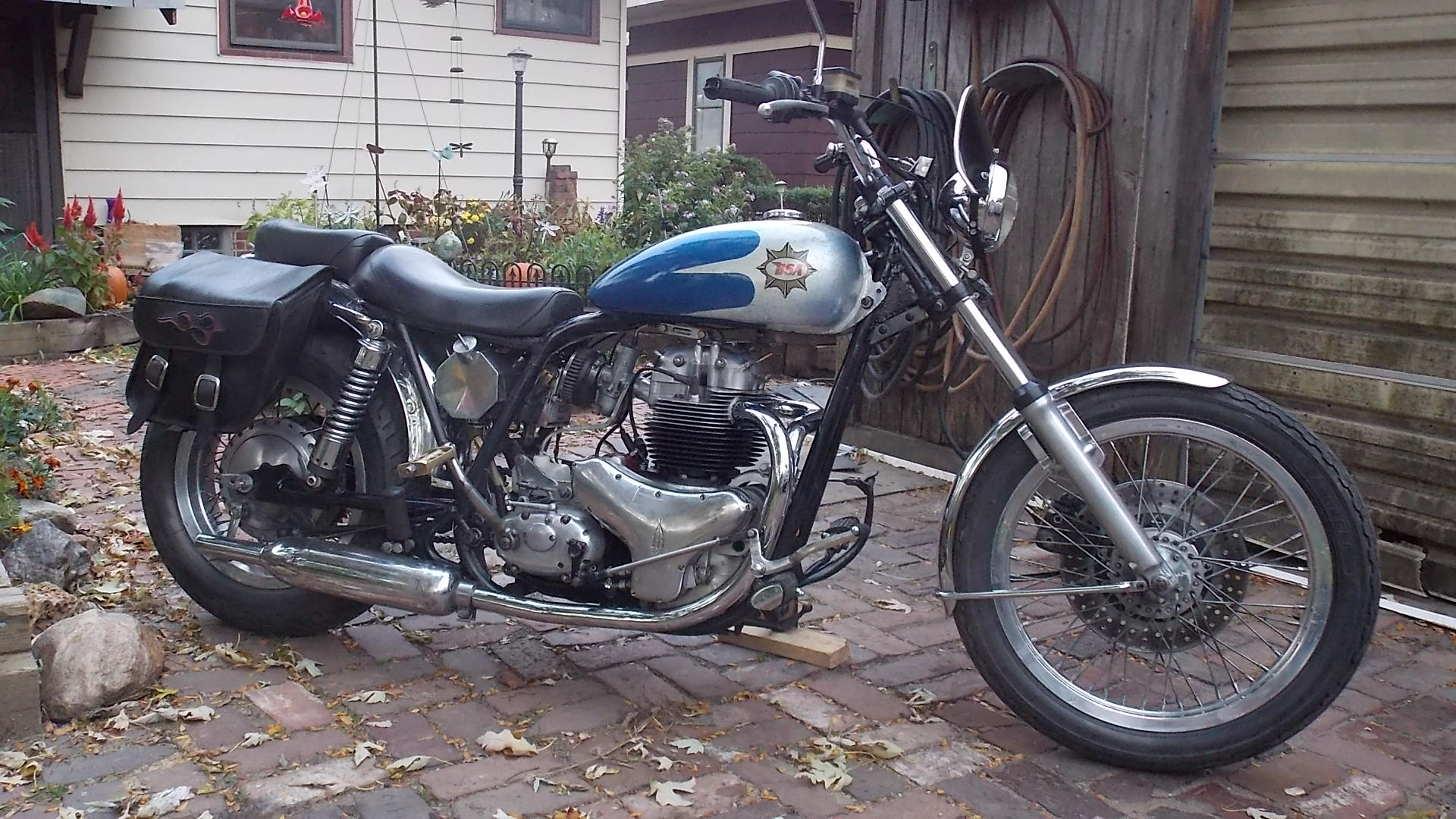 1953 Golden Flash just purchased. Working on brakes, cables and general clean up. Pretty original model except for the paint.

We have 82 guests and no members online